I REALLY DO LOVE MY 3DS XL

I REALLY DO LOVE MY 3DS XL

Yes, love. It’s a powerful word usually reserved for people or maybe pets that are closest to you and not inanimate objects, however I have grown very attached to my 3DS XL in the relatively short time I’ve had it and, at this point in my gaming life, I simply cannot live without it.

I’ve probably logged more hours on the solidly-built revision in the six weeks since I bought it than I did in the 20 or so months I owned the original 3DS. The bigger screens and more comfortable to hold form factor are large reasons for that of course, however it’s the software that keeps me spending what little playtime I have these days with it in favour of my consoles or other mobile devices.

Much like its prececessor, the 3DS took a while to hit its stride when it comes to compelling software, particularly if you like Japanese-developed titles. The past few months have seen me purchase Professor Layton and the Miracle Mask, Paper Mario Sticker Star, Harvest Moon: A New Beginning, Fire Emblem: Awakening, Crimson Shroud, Unchained Blades and Etrian Odyssy IV: Legends of the Titan, all without leaving my house. I could conceivably just stop buying games now and play this group until the end of the year. At least.

The immediate future looks pretty bright as well though, with games like Castlevania: Lords of Shadow – Mirror of Fate, Monster Hunter 3 Ultimate, Luigi’s Mansion 2: Dark Moon, Pokemon Mystery Dungeon: Gates to Infinity, LEGO City Undercover, Shin Megami Tensei: Devil Summoner – Soul Hackers and Animal Crossing: New Leaf all out or due before fall. No other gaming platform has ever had this many games release within roughly a calendar year that I’m interested in enough to consider buying a digital version of that’s tied to a device that could conceivably fail, be dropped or end up soaked in beer at any given moment. 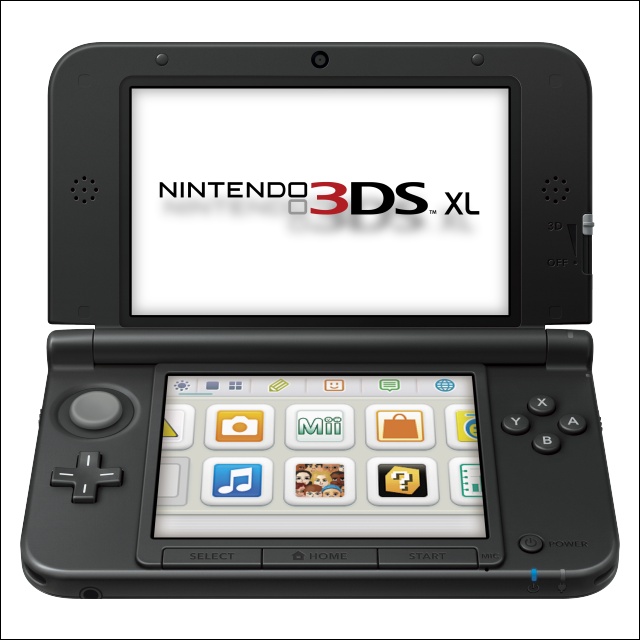 For some reason, Nintendo just doesn’t want its consumers to have their purchases tied to an account like Sony, Microsoft and Apple all do, but insists your digital purchases be tied to the device you first download them to.

For myself, it hasn’t been a hindrance at all as I’ve never had a piece of Nintendo hardware fail on me, but I can see how the policy would deter many people from going all digital with their 3DS or Wii U.

That said, being able to store 50 or so retail titles on a single SDHC card is hugely convenient and practical for me right now. I never know when my daughter will sleep or for how long, nor can I be sure of what I may feel like playing during my sporadic and often brief free time.

Getting back to the hardware, I was immediately impressed with the build quality of the 3DS XL when I unboxed it. It is very solid, just the right size and thickness to be comfortable in my hands and it’s weight is quite well-balanced. The larger screens make playing easier on the eyes during longer play sessions, but at the same time they highlight the relatively weak graphics capabilities of the system and simply aren’t in the same league as the displays of my phone, iPod or PlayStation Vita.

Despite its weaknesses however, the quality of software and convenience of having my library in one place have vaulted the 3DS XL to the top of my gaming platforms of choice. I like my consoles, mobile devices and PlayStation Vita, but I really do love my 3DS XL.