Peripheral maker eDimensional and modification expert Benjamin J Heckendorn (BenHeck) have teamed up to bring the Access Controller to mass-market. This modular, one-handed video game controller is compatible with PlayStation 2 and PlayStation 3 consoles as well as Windows-based PCs.

The first thing I noticed about the Access Controller is its unique form factor. The controller rests comfortably on a flat surface or on the user’s knee or lap area, providing a wide range of positioning options.

The unit is lightweight and just the right size for my 8 inch finger span. I was able to reach all six module areas of the controller without straining or adjusting the position of my hand. The built-in palm/wrist rest not only aided comfort, but helped me to keep my hand in the right position without slipping.

My only real complaint with the casing of the Access Controller is that the designers decided on a glossy finish for it, which meant that it was covered in visible fingerprints after only a few minutes of use. Another annoyance with the case is the battery compartment. The unit is powered by 3 AA batteries, but they are loose in the compartment and can be a pain to line up correctly. This could be an issue for someone suffering from tremors or spasms.

PlayStation 3 functionality was quite good in my tests and relatively lag-free. I was able to play fast-paced and precision titles like Mirror’s Edge and LittleBigPlanet without issue. I wasn’t able to thoroughly test the unit with PC games, but I can confirm basic functions using Windows XP. I will have a post with detailed testing up in the near future. 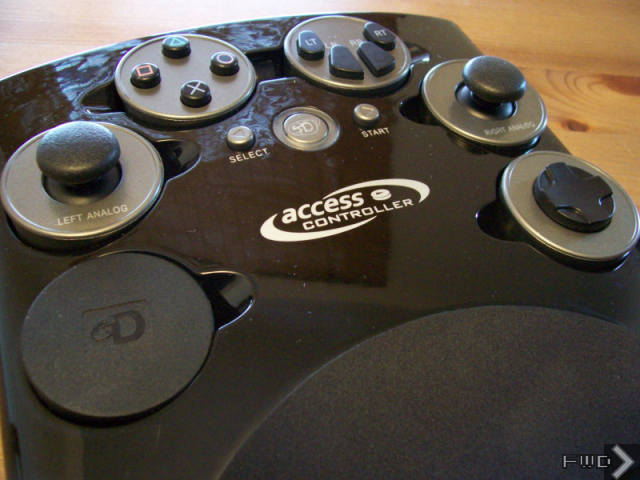 Perhaps the greatest appeal of the Access Controller is that the unit is modular. Each component of a regular controller can be moved to one of six positions to accommodate an individual’s needs. The unit includes two analog stick modules, a module containing the familiar PlayStation face buttons, one housing all four shoulder buttons and one containing a d-pad. One module is left open by default and comes with a cover to protect it.

The d-pad included with the Access Controller is quite literally the worst one I have ever laid a thumb on. If you are an avid fighting game player or are looking to speed up your RPG playing, this d-pad will leave you disappointed to say the least.

The d-pad itself is shaped very similarly to that of a standard Xbox 360 controller, but that’s not the issue. The d-pad feels like one solid button instead of a 4-way or 8-way switch. It was very difficult for me to distinguish the pad being pushed in a specific direction. The module did function, but I also had to press quite hard and distinctively to get it to register with any accuracy.

The rest of the modules fare quite a bit better. The two analog sticks feel a bit loose, but they are very responsive. The face buttons are smaller than a standard PlayStation controller and are raised a bit farther too. Whether or not this was intentional, it really helps to distinguish the buttons from each other.

The shoulder buttons are also raised a bit, though having all four on one module feels a bit cramped. It would have been nice to have the left and right buttons on separate modules, especially considering there is room for a sixth module.

The Access Controller also houses start and select buttons, as well as a button that can be used as the home button when playing on a PS3. The home button was hit or miss for me. Whenever I pressed it, it acted as if it were a long press and brought up the menu to turn off the controller or system. I was able to access the in-game XMB only a few times and I’m not sure how to get the unit to think I’m making a soft press every time. 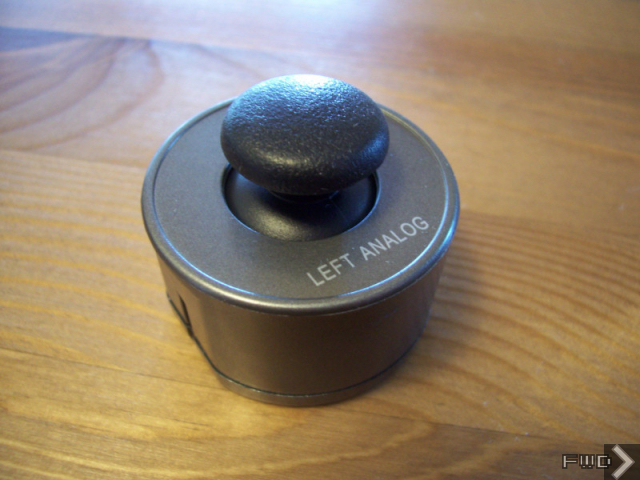 My favourite feature of the Access Controller is that its modules are hot-swappable while playing a game. In order to do so, a player simply turns off the power using a switch on the bottom of the controller and swaps the modules to where they need them. Upon powering the unit back up, play can resume uninterrupted. This feature allows players to find a configuration that’s just right for the game being played.

There are a few core limitations I should point out. The Access Controller has no rumble feature or SIXAXIS functionality in it. Though not much of an issue during my tests, this does mean that some PS3 games will simply not be compatible with it. Also, a very minor point, but you cannot power on your console using the Access Controller.

Despite the glaring flaw of a substandard d-pad, I’d recommend the Access Controller to just about anyone that would benefit from it. There are other one-handed controllers out there, but they are usually quite a bit more expensive and lack the customization options of the Access Controller.

BenHeck has been great with after market support as well, offering a tutorial on his website to help users fix grinding or sticking buttons that were an issue with the first production run. Some of these fixes require precision use of an X-Acto knife though, so users with limited dexterity, spasms or tremors would be advised to have someone help them for safety purposes.

The fact that the Access Controller made it to market is a testament to the growing population of active gamers that live with disabilities. It carries a fairly hefty price, but for the cost of two retail games users otherwise unable to use traditional controllers can play with something made just for them without feeling frustrated or left out.